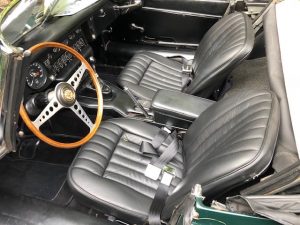 Why is it prudent to check the VIN number on your “new to you” vehicle.

Lots of people are buying used cars at this time of year. It’s human nature to believe that the VIN on your vehicle matches the one on the car, truck or bike.

In my business you see all the anomalies. I saw one classic Mustang that had three different VIN numbers, the owner became upset at this news especially as he bought it from his cousin. Then there was the BMW that went up in flames due to vandalism. The MTO had used the insurance policy number from BC as the VIN number, at first the insurance company denied the claim. After we found the mistake, all was back on track. Back in the early days of the custom bike craze, people would buy custom Harleys and discover that the VIN number indicated that they were not Harley-Davidson bikes. The insurance company would then deny a policy and the bike owner would only get a policy through Facility. Last year I was involved in appraising a Ferrari 308 that had only half its true VIN showing on the ownership, they had owned it for 20+ years and never noticed.

It pays to be vigilant and if you need a VIN change letter for the MTO / Service Ontario, you can call us!